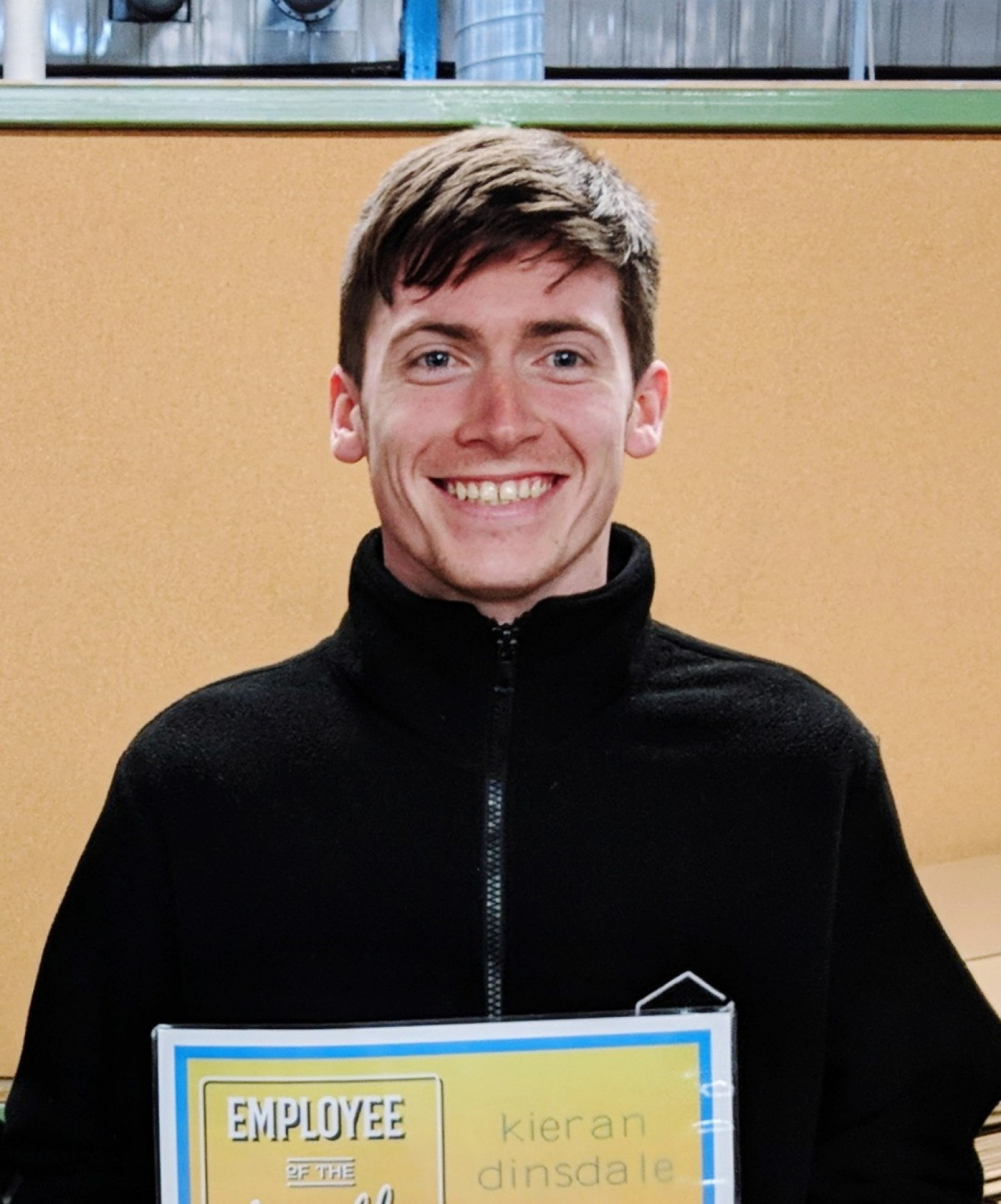 Apprentice’s Journey Shines Light on Opportunities within the Packaging Industry

Back in 2014, after completing sixth form college, Kieran Dinsdale decided that he wanted to start his career at an apprentice level.

Kieran’s role was based in the Design and Sampling department, helping customers discover solutions through box design, such as protecting their product through transit.  Within this role, Kieran worked towards a number of qualifications, being trained both in-house and via external trainers.

After a couple of years of learning within the Design & Sampling department, Kieran turned his interest to the Production facilities. Here, he was given the chance to see all of the creations that he had designed himself, being manufactured in the factory.
Kieran started in production as an Assistant Operator on Greyhound Box’s printing machine; after undertaking more in-house training, it was not long before it was clear he had excellent skills and was soon promoted to a Machine Operator.

Over the past 6 years, Kieran’s journey at Greyhound Box has allowed his skillset to go from strength to strength. From joining the company as an Apprentice, all the way to his recent promotion of Factory Supervisor, this story shows what can be achieved through dedication to learning and training. Greyhound Box's Claire Monk has said that “Kieran has proved he is a valuable asset to our team and we wish him well on the rest of his journey!”

Welcome to our microsite, please tell us your name, company and email to chat with a member of the team.